Weddings - Where are they more fun? Desi or here?

Two nights ago I was having a conversation with someone in Bangladesh. I happened to mention to him that I was going to head out to a wedding.

"Ah, another wedding." He replied. "You guys miss the proper fun we have in weddings in Bangladesh. Weddings in your Canada can't even compare to weddings here."

Now, given that a) he has never been to Canada and b) he finds every thing from Bangladesh to be better, the comment did not surprise me. I have long been used to people from Bangladesh who somehow think everything from there is the best (only the best flowers grow in Bangladesh which is God's own country, watered by God's own rivers in a natural paradise designed personally by God). Of course give them an immigration paper and they are the first one out of there, but I digress.

So, it got me thinking, are weddings more fun in Bangladesh?

Now, there is no doubt that weddings in Bangladesh can be a grand, lavish affair. 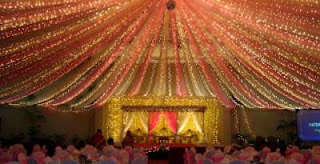 Even though more than half the people live below poverty line, those who can afford spend huge on weddings. Labour and flowers are both cheap. Especially when those desis living in the west go back to have a reception, with the favourable exchange rate they can host a grand affair.

Literally, you can throw money at everything and get it done. Being Bangladesh, it's also not hard to come across good mehendi and desi make up artists who will do a good job of making up the bride. 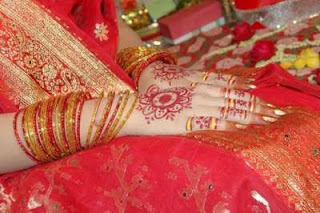 Of course the art of "make up" in desiland seems to be to dump a whole lot of white powder on the bride to make her look like Casper the friendly ghost but again, I digress. 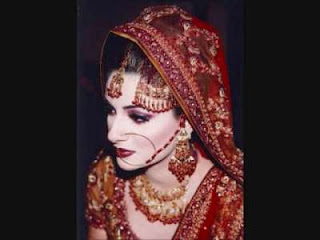 However, lost in all of this pomp and show are the small, touching, intimate moments that make a wedding memorable.

In Bangladesh, it's not hard to imagine a crowd of 1000 people attending a wedding reception. Why, and whether you really know your father's co-worker's daughter's husband is a moot point. They will be at your wedding. Here, people limit (or should limit) their guest list to people that actually matter to the couple.

In Bangladesh, literally no one has the time for anything. Everybody seems so busy, leaving the office at 7 in the morning and coming home at 7 at night. You want something to be done for your wedding? Relax, throw some money and hire some people who do this day in day out.

Here in Canada, you rely on your true friends and relatives. Need a song or a skit performed? Get (and coax) some friends. Want a sari designed or imported? Ask another friend. Need such and such stage decoration? Go talk to this aunty. People and friends come together to organize a wedding. Aunties and women go together for wedding shopping and everyone pitches in for some of the work. It's a small affair - the way it's supposed to be - and it involves everyone.

Personally, I enjoy a wedding where it's people I know performing to some skit or some dance, even with mistakes, rather than some flawless performance by a hired hand. However, Bangladeshis are impressed by pomp and show, and therefore to them I leave their perfect weddings.

I think we have much more fun in Canada.

You will enjoy it wherever you have more family-relatives-friends.
Btw, thats a pretty bride!

I agree with the anonymous person above. weddings are fun wherever there are a lot of people you know. I attended a wedding in Tennessee. the bride was a distant cousin of mine, i didn't really know any of the relatives there. i was dressed up and bored the whole time.

I think it might be a little cheaper to throw a lavish wedding *back home.* To throw a similar style in North America it would cost an arm and a leg.

Well... In Bangladesh.... U will have LIVE performance. you will be surprised to see the stage. You won't be able to hire any professional dancer or singer in here Canada, but in BD, you can have the celebrity in ur party. The band party in the HOULUD and u can mingle with lots of pple. In Canada, Guest just go to the banquet Hall and sit in the provided table and they have dinner and then they left early cuz they have to work next day.

Each to their own, I suppose. I know the make-up thing is a digression and forgive me for continuing on it - the best part about the desi makeup is the lurid eyeshadow colours! You don't see that here in Australia.

i dont know abt bangladesh, but in india they dont put on a casper like make up. Pakistanis are famous for that..
I agree with you..intimate weddings are the best instead of inviting everyone you or rather your parents shared their breath with. Moreoever, i dont like really lavish weddings..in india, they have at least 2-3 pre wedding functions, all of them held in rented halls/hotels...i would rather have a small henna party, nikah, reception, and a walima. Extravagant weddings sicken me..and the amount of food that is wasted. The best wedding is the simple one.

Well since I haven't been to a wedding *back home* I can't really compare but as long as the food is good it's all good lol. I actually prefer smaller weddings, large ones always seem to lack organization, was at a large one recently and oh my it was SO unorganized!
P.S. and yes the makeup thing kills me too, brown girls have got to get over the whole make-me- whiter-on-my-wedding-day thing, it aint fooling anyone and especially not th groom!

Well said! Indians do the same thing when it comes to India having the best of this or that than here.Lavish weddings cause fitnah for sure :)

Weddings back home are a lot of fun too. The entire family starts planning months in advance. Nieces nephews,aunts uncles all start practicing a skit,a dance,a song..oh yes they might have a professional singer for one day,but when the bride enters the husband's home,the family gets together to entertain and impress her.Actually if you are with the ones you love the venue is not so important.

All the weddings that I've attended - except my own - took place *back home* so I really do not have another wedding to compare them with.

I'd say smaller intimate weddings are definitely better. I don't agree with the way some people literally throw away thousands of dollars for the tiniest of details is appropriate - or Islamic for that matter.

Anon, I think it's true - to an extent - as friends and family has to also be involved in the wedding. I find that happens less and less in Bangladesh.

Brishti, I think that's another reason I would say weddings in Bangladesh are now very generic - as they invite everyone. In Canada most of the weddings are small and you invite people you know - so naturally all in attendance enjoys meeting these people.

Organica, for sure. I only met one or two people so far who had as lavish a wedding here as weddings back in Bangladesh.

Anon, I don't get this fascination with hiring a celebrity to do a LIVE show (as you put it) in the wedding. Much more fun to have a skit or performance with your cousins and friends, fault laden it may be, but it's more fun!

Tasmiya, lol. There was something with the white dots on some brides too... it was a big fad sometime ago.

Young Muslimah, true - the scale of functions back in desiland are truly mind boggling. Everyone is invited to everything!

Liya, what is more surprising about those white make ups is that companies that encourage women in the West to be comfortable in their own skins (i.e. Dove) are the ones whose parent companies make Fair and Lovely in the East and encourage girls to bleach their skin!

Anon, Actually if you are with the ones you love the venue is not so important. . Very true. I find these (what you mentioned in your comment) getting less and less in Bangladesh as people true to get more Bollywoodish.

Nadia, see any Bollywood movie with wedding :-) that is now what each party in bangladesh is trying to live up to, sometimes beyond their means!

Muslim Girl, I should do a post on the un Islamic things at an Islamic wedding!

you didnt talk about food. i cant really talk abt india cos i hardly attended any weddings there. My sister got married in uae and the food was fabulous. i think you yourself had a post sometime back abt how much you loved the food in abu dhabi.

my dad attended a wedding in the US last month and he said the food was ok, not as good we have it here. all my cousins who visit from the states love the food here.

your statement is very generic. yea for those rich people in bd the wedding is lavish and less meaningful. I guess if someone in west can afford equal wedding (was among the richest in the country here), it would take same turn. I went to bd this summer and attended a cousin's wedding in village. It was just like here in USA, they didn't have access to everything/everyone helped out. There wasn't that many people (no the whole village wasn't invited or didn't show up atleast due to transportation). Aunty/cousins came weeks ahead to stay over at brides house and cooked all night. When I showed up a day early, there were about 10 ladies in the kitchen cutting/cooking a whole cow. It depends on social economical status in the country you reside in.

LOL, this reminds me the controversy and horror my insistence on 'minimum fuss at my wedding' caused...

Young Muslimah, I love UAE food. It is one of the things I miss about UAE - not just the fact that everything is halal and you can eat anywhere, but food is not very expensive and it's very good.

At one time it used to be that UAE food was just either desi or Arab (or Filipino) but now my friends in Dubai tell me you can have all types. I will believe it when I get Hakka Chinese of the same quality as Toronto! :-)

About USA desi food - I have to say it's generally not as good as the ones you get here in Toronto. Everyone from the USA who visited Toronto raved about the food here.

Specs, so when are you visiting? :-p

As a white Scottish girl living in Canada, dating a Pakistani from a muslim family my wedding will probably just be crazy. Trying to mix Pakistani traditions with Scottish kilts and dancing will probably result in a very strange day! Biryani and haggis with a side of poutine anyone?!

Suz, I wish you the best of luck!