What 'Love, InshAllah' and other so-called progressive Muslim feminists don't get

Look at the rubbish that Shahla Khan Salter wrote on Huffington Post.

Titled "To Our Muslim Sisters: Don't Let Faith Stop You From Getting Married", the article makes the point that Muslim ladies should feel free to marry non-Muslim guys.

I first saw this article when Love InshAllah linked to it from their Facebook feed. Even before I read it, Ihad an inkling of what the article would say, and why the authors of Love InshAllah would promote it.

To all Muslim feminists: You want to solve issues in Muslim societies? Solve them. Don't create new ones. Especially when the solution is already given and you don't like it because it doesn't fit your Western "feminist" views.

This article, like many on the progressive left, relegates religion to "do what feels right". In essence, they elevate an individual and their own feelings/desires over what is revealed by God and understood as such for generations.

Islam, like almost any religion, has laws. If someone doesn't want to follow those laws, that's fine, but calling oneself Muslim and then saying those laws are not really laws is like saying I am vegetarian but it's OK to eat chicken. These laws are not a buffet that you choose what you want. Like any religion, Islam severely restricts marriages to outside the faith. Only in some exceptional circumstances is it tolerated.

This article is saying you are Muslim but don't need to follow the law, it's OK. Marry outside the faith, it's fine. Islam says it's OK (actually it clearly doesn't).

The article, and the author, tries to fit Islamic law to some Western sensibilities. The author is saying a husband doesn't need to be Muslim, but only has to "love" his Muslim wife and her "Muslimness" (whatever that means). The article adds that a woman has the ultimate freedom to choose her husband, any one she wants (not really: if she's Muslim she has accepted to live under some moral laws defined by God). The author goes on to say that since we face other challenges we should be able to marry whoever we want (not true, those other 'challenges' can be dealt with other ways).

The final advice itself is dangerous: "Follow your heart".

The so-called "progressive" Muslim feminists who form the bulk of Love InshAllah's fan club do not understand one clear thing: no matter how many times they post rubbish like this under the guise of "furthering dialogue" or "promoting an interesting point of view", real Muslims will stick to their religion, no matter how tough.

Other articles on Muslim Feminism:

Why (Many) Muslims Have a Problem With (Most) Feminists
Posted by mezba at 5:44 pm 3 comments:

Amusement arcades and rides inside malls seemed to be common in big malls in UAE. Even when I visited Sharjah, one of the malls there had a little amusement park with rides and arcade games inside. It's not something that's common here.

There was a huge amusement park inside West Edmonton Mall which we visited, and it was huge, but that's an exception. In Toronto, we have the Woodbine Mall Fantasy Fair. 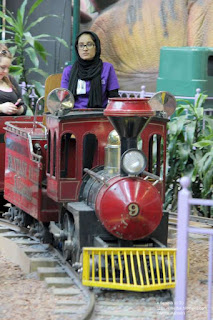 We had a Groupon deal that let 4 people ride unlimited for $30, so we went there last Saturday. The centre opens at 10 am and we were there at 11 am. It was great, there wasn't much of a line up at any of the rides, and we got to do everything at a relaxed pace, which is no mean feat with two toddlers. 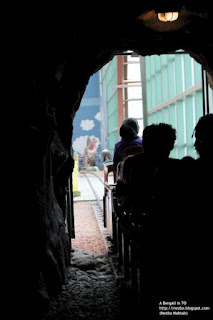 The train ride is a popular one, and it goes all around the "amusement park", and the kids thoroughly enjoyed it. I reflected that with the groupon deal, this was the first time I was actually riding the rides! Usually as father I am the one paying and taking pictures and not enjoying the rides. 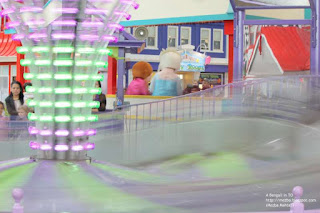 Even though some of the rides had height restrictions, most of the rides were suitable for all kids (and adults). 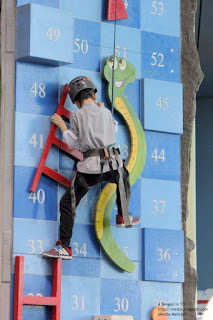 If you were not into rides, they had some other activities like "rock climbing". What I liked most was that even the most "extreme" attractions were geared for being suitable for kids. 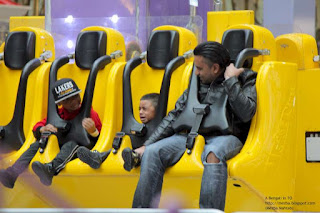 So even the ride usually known as 'drop zone' or 'freefall' was made sure it didn't go too high, and kids could ride in it, although this particular kid didn't seem to have enjoyed it a lot! 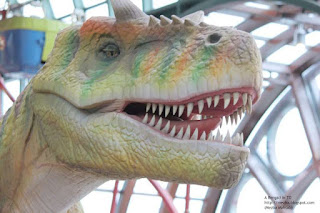 They also had dinosaurs all over the park, for some reason! Almost all types of dinosaurs, from the big to the small, herbivores to carnivores, were there on display, and these were moving and roaring! I don't really know why they were there; it didn't seem to fit under any theme and did nothing for the rides. 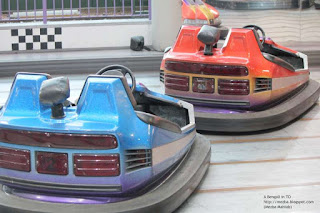 If you are visiting this place, I would suggest going early. It fills up very quickly and gets really busy on some days, especially long weekends. 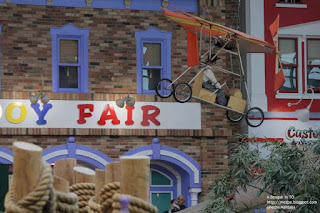 There's no halal food food in the food court except a shawarma place. So if you are not a fan of that, and you can't eat anything else at the mall, you should either bring your own food.You can go in and out as many times as you like, there's no real "gate". They check you for tokens or tickets at every ride. 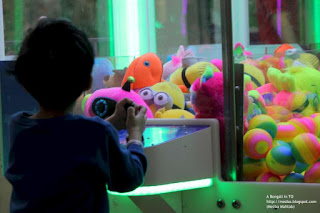 We had a stroller with us, but we could leave it beside the ride while we went on it. A stroller was also useful as the youngest one decided to sleep in the afternoon while one of us accompanied the older kid on the rides. It's also a great place to dump your jackets, caps and mittens! 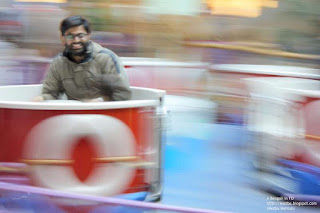 Over all it was a fun morning and afternoon. Although the mall itself is nothing to write home about, you can have a good time at the Fantasy Fair, provided it doesn't get too crowded. Come early, and enjoy!
Posted by mezba at 3:17 pm 1 comment: