Why Target Failed in Canada

The big news in North American retail this week was Target pulling out of Canada, shutting all of their 133 stores, and putting about 17,600 employees out of work. Now I, like many Canadians, loved to shop at Target whenever we were in the USA. When Target initially announced it was expanding to Canada, like many Canadians I was very excited. Yet, that excitement of many Canadians could not prevent Target from being a colossal failure here. 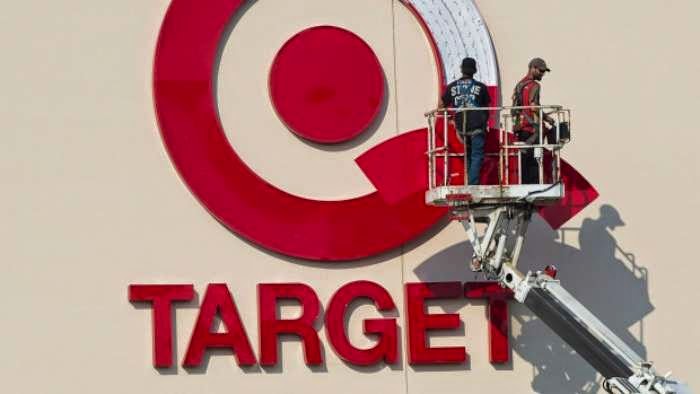 Why did Target fail, when another US retail giant, Walmart, succeeded? Now I am not a business expert, even though I play one on TV in this blog, but with my MBA knowledge, let me give my own reasoning, as a Canadian consumer.
And finally, they exit strategy says a lot about why Target is no. 2 and Walmart is no. 1. Walmart too faced significant challenges initially in Canada but they persevered, adapted and prospered. Target chose to flee. Now I don't have access to all of their numbers, but if I was the CEO, I would try closing the unsuccessful stores only, and concentrating on a smaller but more successful stores, and then trying to grow organically.
Posted by mezba at 1:58 pm 3 comments:

PK The Movie, Religion and Islam

This blog post will discuss the Bollywood movie PK and the religious points it raises. Spoiler alert: while I do not give out the plot details, if you are going to see the movie and haven't yet, do not read any further - come back after you have seen the movie.

The Aamir Khan starrer Bollywood movie PK [trailer] has grossed Rs 500 crore worldwide, and inching towards Rs 600 crore. There are indications it may even cross $100 million worldwide - it is already on its way to become the most successful Bollywood movie of all time. There are now violent Hindu protests in India against the movie, despite its popularity.

I watched PK last night. Someone I met at a party told me, "Oh, this movie is against Hinduism. We Muslims can watch it, no problem." After watching the movie, I can say that it's a very well made, intelligent, and entertaining movie. If there is one actor whose movies are consistently a bar above the rest, it's Aamir Khan.

PK also raises certain points against religion, and this is what I want to discuss. Even though the main villain of the movie is a Hindu godman, the target of the movie seems to be organized religion as a whole, despite what the makers of the movie say.

First of all, let's me say what the movie gets absolutely right.

If you are a devoted Hindu, or you worship idols, you cannot help but be rankled by the way the movies shows up your beliefs. The very concept that man worships a stone, a statue that he himself created with his own hands, is richly lampooned in the movie. Superstitions that any intelligent man should laugh at are held in high extreme by idol worshippers and pagans, and this is mocked too in the movie.

PK also takes aim at the way the caretakers of temples and majars and other holy places seem to ask for money all the time and say "your work will be done" (God's guarantee!). The seemingly absurd steps sometimes devotees take to make sure their prayer will be answered (such as crawling on your knees across some steps) is shown up to the foolishness it is (as per the movie). There is a scene where Aamir Khan participates in the Shia ritual of Matam. The more extreme Shia practice self flagellation with knives and blades, drawing blood from their bodies [News article with graphic content]. Is there any point to all of that? Some devoted Shia Muslims may say this makes them commiserate with the suffering of Imam Hussain but there is no place for such self abuse in (Sunni) Islam. Self flagellation is a ritual imported into Shiaism from some orders of Christianity that also practice this to commemorate the crucifixion of Christ.

These practices that have crept in religion and are basically a front from men acting in the name of God to collect money are rightly depicted in PK as an affront to the true worship of God. I must also say that the movie makes its point in a very entertaining manner, with songs, comic sequences and thoughtful scenes, and rarely takes on a sermonizing tone. It encourages you to think.

Now let's come to where the movie gets some things wrong, especially when you think from an Islamic point of view.

In the movie's climax scene, the main eponymous character makes clear that he is not against God, but what man has made God to be - in other words, organized religion. Islam, Judaism, Christianity are all lumped in along with Hinduism as "organized religion", and therefore a problem.

Now when atheists who are from a Christian society (such as Richard Dawkins) criticize Islam, they make analogies of Islamic theology from a Christian viewpoint, when there are major theological differences between the two. Similarly, when religious practices, customs and rituals of a pagan, idol worshipping society such as India are being lampooned, we cannot lump Hinduism, a polytheistic religion in the same bucket as monotheistic religions such as Islam and Christianity.

By and large, the superstitions, religious practices, customs of Hinduism aren't common to Islam or Christianity. Yes, some practices such as venerating the graves of holy saints and asking them for prayers rather than Allah, charms and amulets have crept in to desi Islam, but overall Muslims (and Christians) look at prayers, nature of evil, Judgement, destiny and others differently from Hindus. A Hindu man may stand in line with a coconut for two hours and give a few rupees to the temple and the priest will tell him his job is done, and he will believe it. Yet no Muslim cleric of repute can make that guarantee for anyone. For us we don't go through a priest or a medium, our communication is directly to God. And we understand that prayers, while never being rejected, are not always answered the way we want. Perhaps this is why it was easier for PK to make fun of Hinduism and the Hindu godmen, rather than Islam or Christianity since they have fewer of these "silly" rituals.

PK also states about how religion has caused a lot of bloodshed in the world. While this sounds nice to hear and seems a solid argument, a simple count will prove it false. Europe has killed more people since they abandoned religious governments (since secularization and Reformation of the 1800s and the Industrial revolution). Before the religious wars were limited to Europe and they didn't kill as many in numbers. Ever since colonization and the 20th century, the wars have become more and more bloody. Where was religion in the 2nd World War? Vietnam? Iraq War 1? Iraq War 2? Panama? Falklands? What about the ethnic conflicts around the world - such as Rwanda? Was it a religious war?

PK also raises some deep questions that philosophers have debated for eons - such as the nature of evil and why does God, if He is Merciful, allow evil to exist? It seems to indicate a belief that we (all of us) have God wrong. Now I can only answer that from an Islamic point of view, and I will point you to an excellent speech (of around 20 minutes) by Sheikh Yasir Qadhi discussing some of these points.

The movie also shows complete disregard for followers actually following the rules of their religion. It seems to tie in with its theme that religion itself is bad and if we only get rid of organized religion itself humanity would prosper. This is shown by a couple who have premarital relations (banned in both of their religions) and marry each other (again not allowed by their religious laws). There are grounds for which some people are upset at PK!

So, overall, what do I make of the movie? It's a good movie, for sure. It has a few scenes (brief nudity, off screen sex being depicted) that can prevent it from being a clean experiences, but over all is a good movie with a good script, entertains and causes one to laugh, and manages to raise some questions we can all think about.
Posted by mezba at 1:12 pm 17 comments: