Bajirao Mastani The Latest in a Revisionist Agenda

Bajirao Mastani is the latest attempt by a revisionist agenda of corporate India to highlight any non-Muslim figures in the history of India. Before recent times, the fact remains that the glory of India has always been under Muslim rule for over the last 1000 years - from the Delhi Sultanate to the Mughal empire.Yet the Indian media only highlights Akbar (and to some extent Shah Jahan) because Akbar was the least Muslim of the lot. He founded his own religion (Dil Ilahi) and married a Rajput princess. He is the one glorified today in India and the rest of these Muslim rulers - who led India to heights that she hasn't reached even today - are forgotten. Some are actually vilified - such as Aurangzeb - with allegations against him debunked by many historians yet repeated all the time by those with a Hindutva agenda. 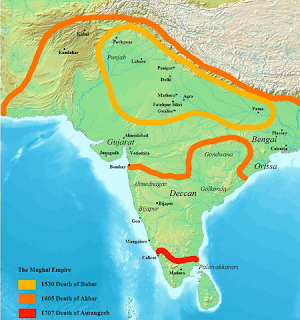 Instead, we are taught about the greatness of a man Bajirao, a petty man who managed to carve a little country for himself when the Mughal empire was in decline, and who actually hastened the decline leading to the acceleration of British control over all of India. Similarly they highlight the story of another loser called Maha Rana Pratap, who sniped at the Mughals from the sides and again gave the British an opening they wanted. Meanwhile, real heroes who faught against the British such as Haidar Ali and Tipu Sultan - no movies are made about them because they happen to be Muslim.

The inconvenient fact remains that for the vast majority of Indians, going from Muslim rule to British rule was merely a change of masters (and the British were the far cruel masters). Only the Muslims were affected as they used to be in power, so they fought for freedom. Not until the War of Independence (or the Indian Mutiny) did the rest of India join them. Gandhi was a much flawed man whose tactics did not win India independence - it was the guerrilla attacks by many others (such as Bhagat Singh and Master ji) and the pressure of American diplomacy amongst other factors that caused it. Gandhi did not even want independence; he wanted India to be made into a dominion. Yet today he is the father of a nation.
Posted by mezba at 11:24 am 4 comments:

A Guide for my Pakistani Friends About 1971