Why I Prefer Chinese Restaurants over Pakistani

I was at this Pakistani place and we ordered 'butter chicken'. 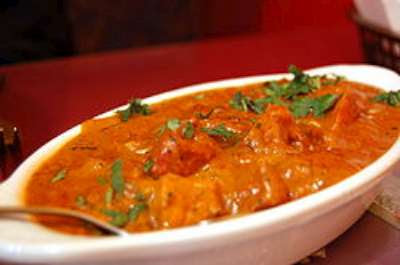 The dish cost something like $8 and there was 4 pieces of small boneless chicken in it, and the rest was the gravy. Yes, four. So, in essence, I paid $2 for each nugget-sized chicken piece.

Now compare this to what you get when you order a chilli chicken dish (around the same price - $8). 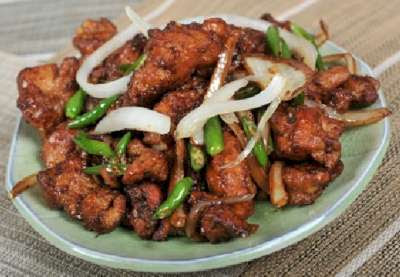 Not only do you get ALL THAT chicken, but most of the time they also give you a plate of rice to go with it!

The acute problem of portion sizes makes itself keenly felt when you are eating at a Pakistani restaurant. At one corner of your mind, you have to remind yourself that you have approximately x2 area of naan left. This has to go with y3 volume of butter chicken gravy remaining, divided by z number of people, so eat accordingly.

3. Chinese food is something different.

You see this food? 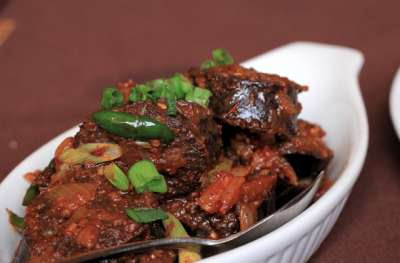 I have no idea what this is, but I know it's halal, and tasty. Pakistani food, well, while exotic, it's something I can make at home.

Yes, the taste may not exactly be the same, but Shaan Masala Zindabad. With that, you can make ANY thing. Chinese food, no matter how much you try, is good only in the restaurant. Plus, I did try to make chilli chicken at home once. It costs more to buy the meat and ingredients and factor in my labour cost than to just drive to the restaurant and order a take out (the concerns that raises might be a post for another day).

So, bottom line, why would I pay more, to eat less, of what I can make in my kitchen anyways? That's why I love Chinese restaurants.
Posted by mezba at 12:14 pm 14 comments:

I was so nervous today

So Sachin finally scores his hundredth 100, and it's the SECOND piece of news on Cricinfo ?! hehehe ... 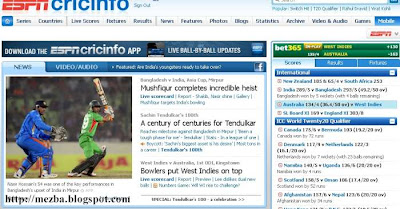 The Chicken or Egg Paradox and Islam

Me: "You know, I have NEVER understood the chicken and egg paradox."

Me: "I understand the paradox all right. I am just saying it's NOT a paradox. I know the answer. It's THE CHICKEN."

Me [with an extremely self satisfied smug]: "Easy. This paradox depends on a non-defined starting point. Well, we all know Allah created everything. He started everything. So, He created a pair of chickens. They then laid eggs, and so on. Ergo, the chicken came first. QED."

There was a pause. This was it, I thought. A seminal moment in history. The age old paradox solved by Islam. Islam - the religion that has the answer to everything.

Amongst my friends, I have been told that I have what can be termed as "traditional" or "conservative" views. I don't think Islam needs any reformation (now Muslims are another story), I don't think it's a travesty women cannot lead a mixed gender congregation, and so on. Yet, being of this generation, I am more liberal than say, my father.

So the other day we were talking about our local mosque. To my surprise, he agreed it's a travesty that women are put behind a barrier (or on another floor), where they can't directly see the imam. There was a problem with the microphone and close circuit TV last Friday, and the women couldn't follow the prayers. We both like to go to IIT, where the prayer hall is a large open hall and the men pray in front of the women, with no dividers. Another time we attended the Sayeda Khadija Centre in Mississauga, where the women pray directly behind the men and again, no divider. The imam listened to the questions posed by the women and answered immediately, without any notes being passed as in our local mosque. Both my father and I agreed that it was a joke that our mosque tried to make women and men exit from separate doors when the mosque was packed (and it was a fire hazard). They allowed men and women to enter from the same doors, so what is the trouble? And if I wanted to attend a lecture in the mosque with my wife, why does she have to sit in another section?

So when I see the legitimate concerns posed by many women frustrated by their treatment in South Asian or Arab dominated mosques, I feel their pain. However, if change is needed, they need to win over the support of people like us, who believe in traditional teachings and yet see room for a lot of improvement within the Islamic framework.

So here is why I think Muslim "feminists" are not taken seriously.

1. They don't present a credible image. 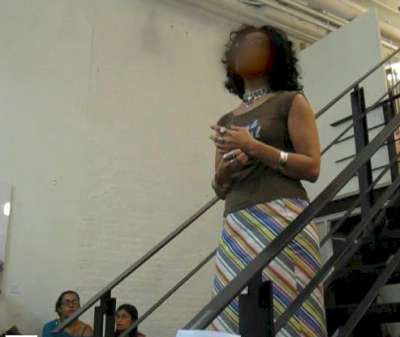 It's hard to take someone speaking about Islamic daleel and fiqh and jurisprudence when they look like this. Like it or not, you have to make yourself presentable and look credible, otherwise no one will listen to what you have to say. Any Muslim will agree that modesty is one defining character of a decent Muslim, men AND women. While no one is arguing everyone has to be dressed in a scarf or niqab to be taken seriously, sleeveless blouses and short skirts give the idea that you have another secret agenda not limited to women's emancipation in mosques.

Think about why the above feminist may not be taken as seriously, as say this next one: 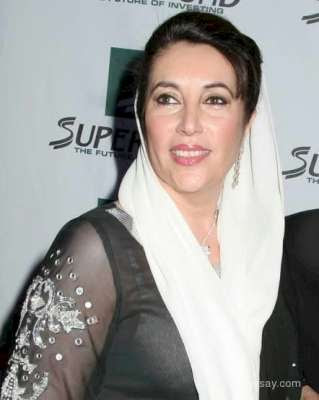 It's about presenting a credible image. 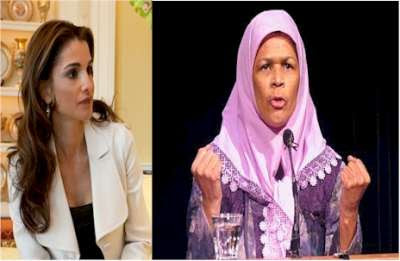 2. They think men and women are the same in Islam.

Strictly speaking, technically this is not true. Islam discriminates against men and favours women. For example, on the Day of Judgement, Allah will not ask a mother why she didn't provide for her child. It will be asked of the child's father. He will be questioned as to why he couldn't impart Islamic teachings to his children. A woman is not asked about Jihad or why she didn't go to the mosque and watched Humsafar instead. We men don't have Paradise under our feet, women do. The Prophet Muhammad (peace be upon him) promised Paradise for a father of two daughters. No such promise was made for a man who fathered two sons. And so on.

So when you try to make a woman equal to a man, you have to be aware this was the fight of the Western feminists. For example, this text is from the Catholic Encyclopedia today:

The female sex is in some respects inferior to the male sex, both as regards body and soul.

As can be seen, the Old Testament blames women for Adam's fall from Heaven (as a result of which she is "punished" with child birth and menstruation pains). This was the prevailing attitude that Western women had to fight, when they were considered inferior in every way.

In Islam, the battle is different. Women have certain God-given rights, such as access to the mosque, access to the imam, legal rights, decision making rights etc. that have now been taken away from them (hello Saudi Arabia and your stupid driving ban). Those are the fights the feminists need to fight for. There is no need to make women to be equal to men, we need women to exercise their own God-given rights.

3. They pick the wrong fights.

By trying to say a woman can lead a mixed gender prayer, you are picking the wrong fight. A women's position is neither elevated nor her difficulties decreased by making her the imam. Technically speaking the imam is responsible for all the mistakes made during prayer, while those that follow get all the rewards of the prayer. In strict Islamic law, certain responsibilities (and its pitfalls) are for men alone; bringing a women here does her no benefits. Rather, the fight should be as to why she can't see her imam or ask him a question or is being deprived of an Islamic education from a learned scholar.

Similarly some are upset that a brother gets more in inheritance than a sister, from the same dad. The same feminists also acknowledge that when a man gets a property, he can be responsible for supporting his mother, his sisters, his kids, his father, and in some cases, his grandparents and his aunts. When a woman gets a property, she does not have to support anyone. If you want to give a woman equal rights to inheritance, are you prepared to also put on her all those claims of support? So in effect, you are burdening her more than Allah has burdened her, and this is supposed to benefit her?

Not that she has less financial responsibilities and you want to burden her with more.

This is why feminists in Saudi Arabia (of all places) were spectacularly successful in getting rights for women to work (which they have in Islam but are denied in some Muslim countries) in lingerie shops, because they asked for their rights as women to be respected within Islam.

Be well verses in Islamic knowledge and jurisprudence regarding women.