The One With The Friends Reunion

I had been blogging for 17+ years. And yet, Friends is older than that. 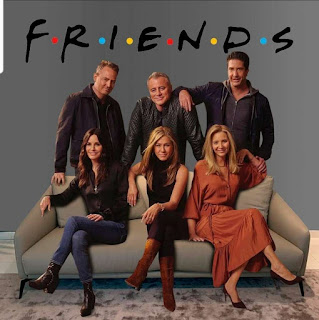 Today, May 27, 2021 - 17 years to almost the day the show ended, HBO Max telecast a special Friends reunion show. Despite the hit-and-miss nature of the reunion show, with its mixed format of an interview, a behind the scenes look at the show, the actual eavesdropping of the casts' reunion, and the cast reading some of their favourite lines, this special reunion show is going to be widely watched. At close to 2 hours, it's definitely struggling to hold your interest. Yet, it's a good mixture of nostalgia and cheerfulness. This is Friends. It is THAT popular. Even now. Especially now.

Though I was slightly younger than 20 when Friends began, I soon caught up. The TV show Friends is supposed to be about that time of your life when your friends are your family i.e. your 20s. And I can say that I thoroughly, really, absolutely, enjoyed my 20s. I had a blast. And I was at that perfect stage of life where I could relate to the show - they were showing the good times with friends that I, a person in my 20s, was having. If I could go back in time to that time, I would tell my younger person one thing.

The 20s are that stage in your life when you are unshackled from the responsibilities of education and college, and yet have to take the responsibility of an adult, while still remaining young and energetic to have fun, and you actually have some money to spend to enjoy that fun. The first crush, the first love, the first heart ache. All of that. It all seems to be so innocent a time. A simpler time. Yet, we know ... a lot was going on.

All that emotion, the feelings, the drama comes packaged into this show, and this is even before we get to how GOOD the show was.

The show was perfectly CAST. Every actor was their character and you cannot imagine any other person playing those roles. The writing was fantastic. It was funny, it was good physical comedy and never did the show become boring, even during the tenth season's Rachel-Joey segments. The chemistry amongst the cast was really there to be seen. People often compare Friends to How I Met Your Mother. While HIMYM had its good moments, it started to tank after season 6 or so. Friends however maintained that good writing and the standard throughout its run. And partly I think because of its competitors - Frasier and Everybody Loves Raymond - each brilliant shows in their own way.

So how was the Reunion episode?

Even if it was not that good, it was still good. But it did highlight one thing. 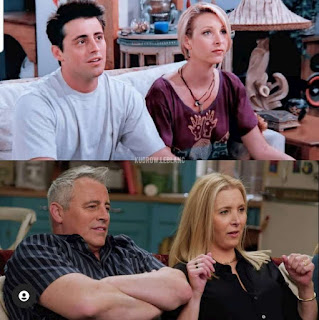 Everyone ages. Some better than others. Some, not so good. And for others, there's always Botox.

This is something we don't like to admit to ourselves. We who watched Friends live in our 20s are now in our 40s. The TV may still show those characters as they were, but that's not who the actors are now. It was tough, for example, to see Matthew Perry. His struggle with substance abuse and addition are now well known. It's a reminder that whatever your youth may be, sometimes life takes you down a road that's different from others. Bad things happen. Suddenly the cheerful world of one's 20s is not so cheerful any more. Your responsibilities may start to weigh down. Things may not look so promising.

Welcome to your 40s.

And that's why people tuned in to this show. It was a reminder of simpler times. Before social media, smart phones, and before a global pandemic. And yet, I felt at times, the reunion show dragged. The stars' conversations seemed forced. They harped on about their chemistry and the good times they had as if to remind us. Could they BE any more rehearsed? And what was the whole point of having Malala Yousafzai or David Beckham on the show.

Yet, just like a Friends episode (or a pizza slice), even if it was bad, it was still good. The show was both scripted and unscripted. It was long and dragging, but still managed to entertain. It serves up a heavy dose of nostalgia to a time before the present, when all was good in the world, simply due to the brilliant and stellar cast who, after 17 years, still slips back so comfortably into their roles that you don't feel like they had taken a break. It is comfort food, and it is fine dining.

After all, since March 2020, when we feel like we are stuck in second gear, when it hasn't been our day, our week, our month, or even our year ... this show reminds us of a time when our friends were there for us. 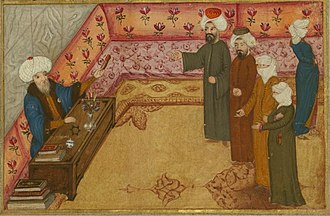 One of the big, BIG, mistakes Muslims make is assuming our position is the SAME as that of fundamentalist (or Evangelical) Christians, or orthodox Jews. Similar to the debate on abortion, evolution - Islam has its own take. Some similarities, but also a LOT of differences.

First and foremost, Islam does not deny the existence of gays (unlike a former President of Iran).  Even during the time of Prophet Muhammad pbuh, there used to be people called Mukhannathun (effeminate men). Ladies did not even observe hijab from these men and many senior female Companions employed them as servants. These are mentioned in several hadith.

Second, scholars also note an important distinction on the curse applied to Mukhannathun (and those who cannot be employed by women). This only refers to those mukhanathun who are pretending and not actually lacking desire for women. As for those who are not pretending, they are allowed to enter upon women. Similarly, Islamic scholars like Ibn Hajar al-‘Asqalani stated that all mukhannathun must make an effort to cease their feminine behavior, but if this proved impossible, they were not worthy of punishment. Those who made no effort to become less "effeminate", or seemed to "take pleasure in (his effeminacy)", were worthy of blame.

So you can already see that there is an acknowledgement of gays (and by extension lesbians) in early Islamic history, as well as rulings on acceptable behaviour. Punishments of gay behaviour used to be for public displays of lewdness, but not private sins (unless publicly admitted), and used to differ from Caliph to Caliph. There was also an attempt made to distinguish between nature (what you naturally are) and nurture (what you attempt to become). The later Umayyads persecuted these people (but to be honest, the later Umayyads persecuted everyone). There is rich history of them mentioned in Arabic literature, particularly during the Abbasid era.

Now to the most important ruling - what is Islam's stance on homosexuality?

It is evidently clear and precise. The homosexual act is to be condemned; it's a sin and an abomination, as evident from the Quran. There is no ambiguity in it. The story of the Prophet Lut (Lot) is mentioned in the Quran, and although it differs from the Bible in crucial details, it has the same moral message.

Here is another difference. The ACT itself is haram. It is a sin.

So if you are gay, and you are inclined to the act, that itself is not a sin, but if you act on your desires, you are committing a sin. If the sin is committed privately and you repent, it is forgiven. As long as you repent genuinely and try to avoid the sin, you are forgiven, EVEN if you fall into the sin from time to time.

The big sin is in public display. So if you are a believing Muslim who has gay inclinations, you are not to announce your sin publicly (to be honest you should not announce ANY sin publicly). You cannot promote the lifestyle, nor can you say it is normal and OK (as that would be disbelief in the Quran and take you out of Islam). It is considered a big test and everyone is tested differently.

Note this does not cover trans people or intergender people, whose cases are different. Again, that's a separate topic, but it IS covered in Islam. One madhab, for example, allows a trans person to choose his or her gender differently to what they normally express as during times of inheritance.

If you are a modern, secular person, obviously you will have a lot of disagreement with the various parts of this writing, as you do not believe homosexuality to be a sin. That is fine. To you is your religion.

If I have made any mistakes in this writing, it is mine. Please do your own research.