This year three of my close friends depart for Hajj, inshAllah. I hope Allah accepts their Hajj and grants them (and all the Hajjis) a safe return home and a Hajj Mabroor (a pilgrimage free from vice). Two years ago, another close friend had also performed the pilgrimage. I plan to go on the pilgrimage in 2012 inshAllah, and I invite you all to join me if you can. 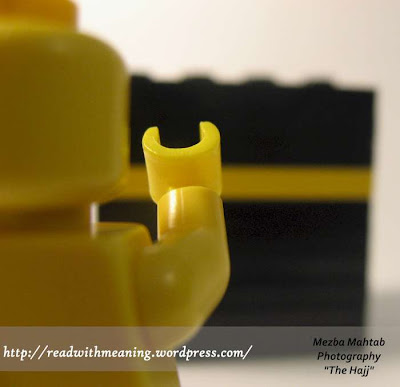 I would also like to announce the launch of a new blog.

Why kids? Well, it will be self-evident when you visit the site!

What I have noticed is a lot of kids (and even adults) read the Quran without understanding a single word of the text. Allah Himself has agreed to protect the Quran - so the Book does not need the efforts of people like me, but I hope the interesting visual representation of the translated words will help in raising the interest of some kids (and even adults who may not normally have the inclination) to read (and understand) the Quran. In other words - I hope they read with meaning.

That blog will be updated about twice a month - so I encourage you to subscribe to the RSS feed. I am also playing around with the size of the images - so the first set is probably too large but the next posts should have smaller sized images.
Posted by mezba at 3:27 pm 15 comments:

I recently wrote a 2-page article with some questions I have on "Islamic" financing. Next month I have a meeting with a senior cleric at an Islamic institution and perhaps he can give me some answers. I am reproducing the article here so that if you are attending any course etc. on "Islamic" financing, please see if your instructor can answer these points. I recently found out my alma mater Rotman is going to offer a course in "Islamic" financing (via Muslim Girl on Twitter).

Islam has been revealed over 1400 years ago, yet interest-free banking seems to be of recent origin. The earliest references to the reorganization of banking on the basis of profit sharing rather than interest are found in Anwar Qureshi (1946), Naiem Siddiqi (1948) and Mahmud Ahmad (1952), followed by a more elaborate exposition by Mawdudi (1950). Much work followed later from the works of these pioneers. The first private Islamic bank was Dubai Islamic Bank in 1975.

My question is: what was the Muslim world doing before 1940? We had a huge empire, in particular the Ottoman Empire; one would assume there would be a need for large financial transactions over the 1400 years of Islam’s history. Yet, all the so-called organized Islamic financing mechanisms such as Mudaraba, Mufawada, Suqooq, Ijarah etc. all seemed to be recent developments. What did a Muslim man who wanted to borrow a huge amount of money, much more than his current capital leverage would allow, do before 1940?

Islamic financing in many instances seem to ignore local laws. For example’s sake, let’s take a simple lease-to-own mortgage mechanism used by entities such as ISNA.

How it works (my understanding of it)

Answer: they charge the homebuyer “rent” because as they say, they put up $200,000 out of the $250,000 so they own 80% of the house. The homebuyer will pay rent on 80% of the house as “determined by market” – this is their profit. Every year the rent should theoretically go down because less and less is owned by the bank.

1. So who owns the house? Bank, homebuyer or both? If the bank owns a part then should they not share in the cost of utilities, insurance, property taxes etc.? Yet these costs are all borne out by the homebuyer. So why is the homebuyer paying “rent”? According to law these should be borne out by owners only in proportion to their ownership.

2. If every year, more of the title goes to the homebuyer, then should not the Islamic bank pay the City of Toronto a Land Transfer Tax every year because every year the title is changing in composition?

3. If a fire destroys the house after first year who collects the insurance money? (Again goes back to the first question: who is the owner).

4. So what transaction is this? Is it a lease, a loan, a purchase? I thought uncertainties were NOT allowed in an Islamic transaction?

5. Why does the Islamic bank re-evaluate the market price of the house every year to determine the rent? According to Ontario Law, rent can only grow by a fixed percentage every year. Yet suspiciously most Islamic financier’s reevaluation of the market price of the house to determine the “rent” is surprisingly close to Bank of Canada’s financing rates or the international LIBOR rate.

Student Loans and other non-profit loans

Many so-called Islamic financing schemes require profit sharing which theoretically also implies loss sharing. Yet what about necessities where there is no profit – such as student loans?

I wanted to do an MBA which would cost $60,000. Who would lend me $60,000 interest free for 10 years? It would mean the lender would lose the use of $60,000 for the duration of 10 years, with no profit at the end of term (in fact actually a loss due to inflation and future time value of money) and with the risk of default. Why would ANY one lend me that amount of money interest free?

Similarly, in any country, the government accounts for a major component of the demand for credit – both short-term and long-term. Unlike business loans these borrowings are not always for investment purposes, nor for investment in productive enterprises. Even when invested in productive enterprises they are generally of a longer-term type and of low yield. General profit-loss-sharing ideas do not apply for loans to government for many such projects and therefore Islamic banking becomes impractical.

Those who argue the word “riba” in the Quran means all interest and not just usury (which is excessive interest) also do not study accounting / finance / economics because doing so (and perhaps working as an accountant / banker / economist) would imply they will have to calculate interest as part of their day-to-day jobs. For them, even calculating interest is haram. Thus, if everyone adopted their approach the whole Muslim world would be bereft of accountants, economists etc. Clearly this is not practical. Even the Islamic Foundation of Toronto has an accountant.
Posted by mezba at 8:35 pm 31 comments: