How to Improve Healthcare in Canada

I have been thinking of how people's lives in Canada can be easier. This is my take on healthcare. 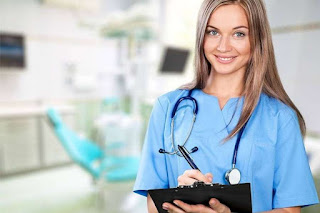 1) Every hospital should also have a 24 hour walk in clinic, staffed by 2 doctors. So all non-emergency cases go there instead of crowding the emergency.

2) Emergency receptionist nurse should have authority to order x-rays or exams when you check in. I broke my leg playing badminton, had to wait 3 hours to see a doctor who said go get x-ray, another 1 hour for x-ray, came back to see the doctor who said yes, it's broken. Here's crutches and some Tylenol.

3) After hour access to test, x-ray etc. So you don't wait 3 months for MRI but 3 days. Rather than spend millions in Ukraine, give every hospital in Canada 3 MRIs .

Email ThisBlogThis!Share to TwitterShare to FacebookShare to Pinterest
Labels: healthcare, Life in Canada

How as Premier Doug Ford Affected Your Personal Life?

How has Premier Ford of Ontario impacted you? This is how his government has impacted me: 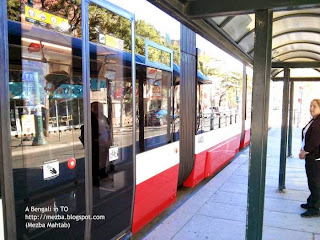 The Difference between Christian and Muslim Stances on Abortion

Since there appears to be a lot of discussion on abortion in recently, in light of the leak of US Supreme Court opinion on overturning Roe v Wade, a lot of people are saying the US is going to be a "sharia law" country. Comedians such as Trevor Noah made this joke, while a lot of Muslims are posting links to Ben Shapiro and using the same arguments that the Republican right uses in USA. What I wanted to emphasize is that US pro-life arguments come from their understanding of Christianity, which is different from the Muslim point of view, so using some of the Republican arguments is a non-starter.

So if you are speaking from an Islamic point of view, and someone asks you what is the correct summary of Islamic position on abortion, this would be the correct answer:
Thus you can see that the Shariah is actually more flexible, and more accommodating to concerns of society, the woman, the man, the family, the marital unit, the future child and keeps a good balance overall.
What about "my body, my choice" ?
In Islam, we are slaves of Allah. We submit to Him (hence the name Muslim). We do what He has commanded. We have the choice not to follow His rules, but then we will answer for it.
What about "only a woman should speak on abortion" ?
That is not the Islamic point of view.
I hope this post can shed a light on some of the discussion where many people are bringing religious perspectives. Even if as a Muslim you believe in the strictest option in the first trimester, know that valid scholarly difference of opinion on this exists.
Sources:
Posted by mezba at 1:53 pm No comments:

Why Ford is Going to Win the Ontario Election

Why Ford is going to win the Ontario election

Ontario's Premier Doug Ford is one of the best from all retail politicians in Canada. Remember how he used his own car and shovel to help dig out drivers caught during the snowstorm? It made the news, and got all the attention. It played to Ford's image - a man of the people. Liberals hate him, but he knows how to do politics. Here are four reasons why he should handily win the election:

1. Justin Trudeau is the Prime Minister of Canada

Ontario is a smart province. The people of this province want different parties in power in Ottawa and Queen's Park. With the Liberals winning federally, Ontario would want a Conservative in charge of their province. Besides, if Pierre Poilievre succeeds in winning the leadership of the federal Conservatives, and turns hard right, this just plays into Ford's image as a centrist (which he is). Ontario loves their moderates.

2. The NDP and the Liberals are fighting for second place

Ford's opponents are acting as if he has already won. Do you even know the leader of Ontario's Liberals? Or recognize his face? And the leader of NDP has lost more elections than she can count. Their ideas seem all over the place as well. Liberals blamed Ford for not shutting down the province early on during the pandemic, and then held a rally. NDP, despite being on the left, supported the people not getting vaccinated as a "Charter right". Their criticism was seen as criticism for criticism's sake, and not as valid opposition. When you are seeing "doing politics as usual" you are going to lose.

Ford has certainly done some mistakes (I have called him out on this many times). He famously told people in March 2020 to go for Spring break and "have a good time". He was late in getting the province ready for the vaccination drive. He was late in many of the restrictions that would come into play. Yet, despite those mistakes, which every government made, he generally handled the pandemic well. Almost 90% of the province is vaccinated. Ontario had strict lockdowns, and strict vaccine mandates. Ontario kept the mask mandates the longest. Ford generally listened to the science and to the experts, even if it went against his own instincts.

The right was angry at him for the restrictions and lockdowns, and left angry at the lockdowns and restrictions not coming down fast enough. When both extremes are mad at you, you are probably doing something right. Ford also rightly called out Justin Trudeau and the federal government for their lax security and screening (or rather, NO SECURITY and SCREENING) at the border. The 2021 autumn wave of the virus was purely due to open borders - a federal fault - that Ford rightly called out. His government, despite being Conservative, handled the pandemic with smartness and caution.

Ford kept most of his promises. He got shovels in the ground on Ontario's notorious on again off again public transit projects. The Crosstown is going to open soon, the Ontario Line and the Scarborough extension is well on their way, along with LRTs in other cities. He has removed the tolls on highways 412 and 418. He kept his promises to reform the education curriculum, be it sex ed or Maths. He has kept public spending in check (too much, in fact). In his battle against the teachers, the people generally support him.

All in all, everything looks rosy for Ford. Yet, he has challenges in his second term. Healthcare in this province is at a breaking point. It is almost non-functional, except the bare basics. Education is going to be a rocky battle, as he has to take care of bigger classes, lower tax base, and a teachers' union that is in the mood for a fight. Other public unions are coming up for negotiations. Ontario is facing a housing crisis - with buyers facing high house prices, rising interest rates and higher mortgages, not to mention higher property taxes and utility costs. All these add up in higher rents, which harm renters. And the LTB is a pure disaster.

So... much fun awaits. For now, all roads lead to Ford.