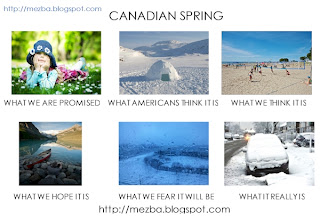 Made this meme quickly today. This April has been a mixed bag so far. We had temperatures into the teens (celcius) and yesterday and today we had snow and hail.
Posted by mezba at 11:52 am 1 comment:

Bangladesh is right now in the middle of a political crisis that threatens the very well being of the country and her people. I wrote an article for MuslimMatters exploring the origins and status of the present situation. You can head over there to read the article, which has been very well received by the readers. 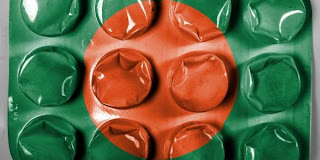 A Country in Crisis

“Are there any Hindu temples in the country that has not been burnt yet?”

A survivor wailed her lament to the news cameras. The channel was covering the latest atrocity in Bangladesh, when miscreants torched a small temple and desecrated the idols.

Bangladesh is in the middle of a political and communal crisis. Long been spared the curse of communal violence (Bangladesh did not see the heavy Hindu-Muslim rioting of the 1947 partition, as well as serious clashes when neighboring India was plunged into chaos in 1996, 2001 and 2006), the country's 9.2% Hindi minority are now the target of outright violent hostility. Today, Amnesty International released a statement deploring the wave of violent attacks against the Hindu minority ...

More here on MuslimMatters: The Bangladesh Crisis Explored
Posted by mezba at 11:17 am No comments: