Lake Minnewanka Boat Cruise is one of the four attractions on the Ultimate Explorer Combo. 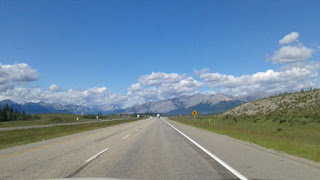 It's a very short drive from the Banff Gondola, and you can do both in a single day if the weather is nice. Keep in mind that mountain weather changes often. If you don't like it, wait ten minutes. 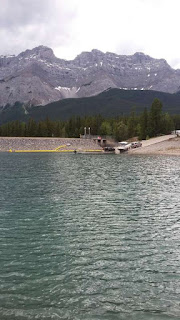 The cruises are on medium sized boats (usually there's just one level). They really discourage power boats on these lakes (pollution can spoil their pristine beauty) so this is one of the only lakes where they allow cruises (there's another one up north in Jasper but it was closed this year). 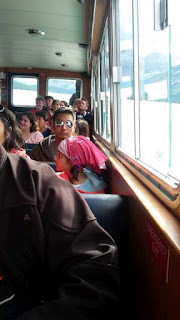 There's a guide on each boat. We got one really humorous one who kept on piling facts at us with lots of fun during the cruise, pointing out what we were seeing and sprinkling interesting trivia about the local geography. 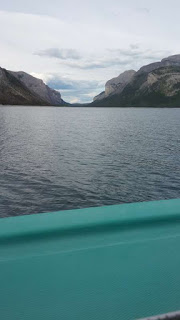 For example, this slight gap between the two mountain ranges is called The Devil's Gap. I wish there was no wind when we made our cruise so the water could be really still, but it wasn't so. In fact it was slightly breezy and we had to wear our light jackets (in the summer!). 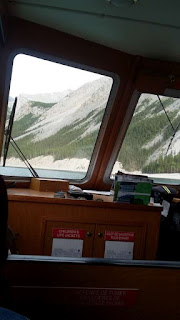 What was interesting was that one side of the lake the mountains had one look, and the other side had a completely different look. This was due to different trees on either side, as well as effects of past forest fires. 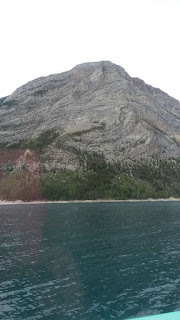 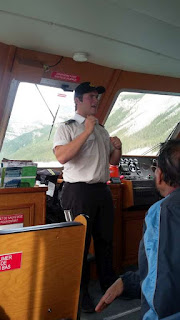 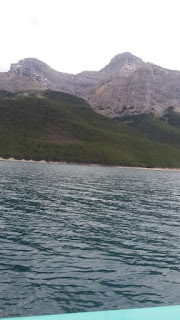 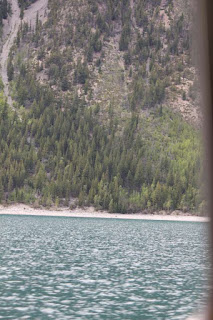 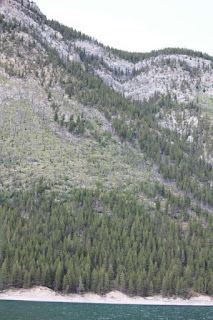 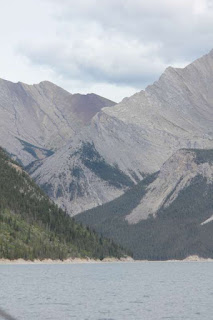 A little bit more about the interestingly named Devil's Gap. This is the end of the Rockies. Beyond that the plains start and soon you will be in Saskatchewan. 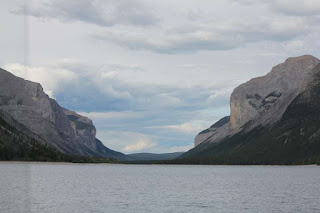 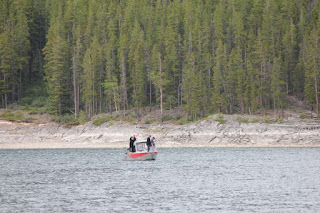 So. Many. Trees. We actually learnt that sometimes firemen would set fire deliberately to a section of the trees to clear a route so that future forest fires could be controlled. Note: This plan did not ALWAYS work. 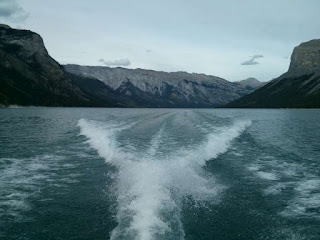 Overall it was a good cruise. However, if you have done it before, you don't really need to do it again. It's not a MUST do - I would rather spend the money and go canoeing on Lake Louise. However, if you are here once, go ahead and do it ... because that's what everyone does.
Posted by mezba at 4:59 pm

We really wanted to do a cruise when we were in Banff but didn't have time. This looks great!

The pictures do not look like they were taken in summer (where the sun is bright and the sky a deep blue), plus you mentioned the fact that you had to wear a jacket! Regardless, the place is gorgeous!

@Salma this was my complaint too - there wasn't enough time to do EVERY thing we wanted! Plus of course, it gets expensive hehe.

@Nadia, the weather here in Banff is a little colder than say Calgary or others as it's a mountain place. And some of the lakes are actually high up IN the mountains, so it can get chilly as you climb higher.