How Life Changes When You Have Kids

No one really, really tells you how your life will change once you have kids. Every one is like, "aww... how sweet! You are going to be parents! Amazing!"

I remember the first time I had to see a diaper change. It was sometime just after the birth of our first born, when I opened his diaper ... and saw "meconium". For the uninitiated, this looked like something they use when paving roads. I looked at my wife and she looked back at me, and we were both like 'we have no idea how to do this'. Thankfully my mother was there to show us what to do.

I think our adjustment cycle went somewhat like this.


Here's some things that are never the same:

Song in my head:

There was a time when I would whistle a Bollywood tune when I am busy. Now I am angry because often the theme song for Thomas and His Friends won't leave my head.

And if you ask any parents, they wouldn't change a thing.
Posted by mezba at 12:14 pm 1 comment:

Lego with the Son #1

So recently at Walmart I suddenly spotted the Lego set 76026 on clearance, and picked one up. 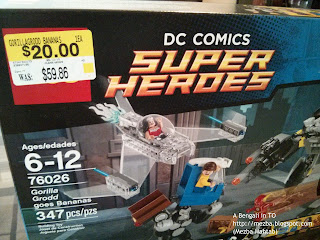 This Sunday, with no plans but to stay home and rest, I decided I would build this set with my three-year-old son. Yes, I know the set says age 6 and up, but as everyone knows, Lego age ranges are conservative.

I helped him with some of the tougher steps, and soon he was playing with Grodd and Flash. 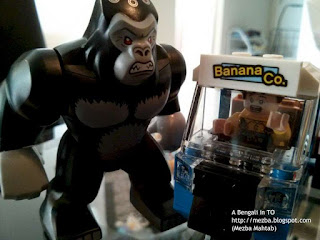 "Now, remember." I told him. "Grodd the gorilla is the bad guy, and Flash is the good one."

Well, how do you answer that. Soon, all the figures were assembled. 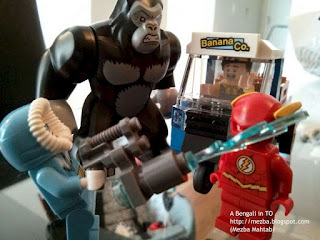 "I like his gun. I will make him the good guy."

I left him alone for some time, and then I came back to find all the figures sitting in one spot on the table.

"What are they doing?"

"Well," He said. "They are all watching a movie. They are friends."

OK. I am guessing this was for 6 year olds after all. Three year olds are too innocent!
Posted by mezba at 11:41 pm 1 comment: