5 Tips for the Night Prayers

Now that the last 10 days of Ramadan are here (wow!), I thought I should rehash some of tips on how to attend the night prayers at the mosque during this holy time.

Tip 1: It is not a hurdles competition. 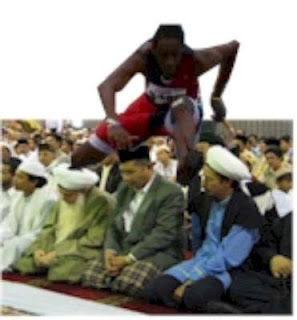 I am sick of people in overflowing robes coming late to the mosque and the bumping my head off as they try to leapfrog into a more 'rewarding' position. Must be a 'calculating muslim syndrome'.

Tip 2: You are not having dinner

I remember getting a chain email long time ago that if you want to show you appreciation to an Arab host, you burp to signal that you have enjoyed your meal. I have no idea if this is true or not. However, the mosque is not a dinner table nor have you been invited to a meal. I am speaking of course of the famous 'biryani burp'. 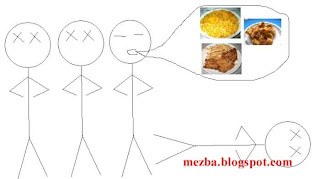 Yesterday I moved up (see tip 1) after 8 rakats to get closer to God. And then stood next to an uncle who kept 'burping the Ameen' for the next 12 rakats. As for my salaat, alas I spent less time contemplating on the meaning of the Quran and more time on fantasizing if I can order a hit on this guy.

Seriously, if you are going to stand for long time, control what you have for your iftar. An iftar is not another word for a 12-course meal.

And for muslims, cleanliness is half of faith, as told by the Prophet.

And besides, nowadays we all have Tide. Heck, even the Dollar Store has a cheap detergent you can use.

I know you are very worried someone will steal your precious "Timmi Hilfigur" socks (or else it's playoff hockey time and you haven't taken your socks off as you are winning - remember superstition is alien to Islam), but please, stop trying to kill other people when they are doing sujood, even though it is a blessing to die in sujood it is a greater blessing to have a long and virtuous life.

Children are a blessing, said the Prophet. When he used to pray, his grandkids would climb on his back and otherwise 'bother' him during his prayers, yet he never scolded them. Yesterday I saw an old uncle morph into a godzilla and scare the crap out of this little kid who had the misfortune of running in front of the dude while he was praying. I am sure that kid will have fond memories of the mosque in the future. Later on, when you are lamenting as to why the youth of today do not come to the mosque, it's because you have scarred them when they were the baby of yesterday.

It's the NIGHT prayers. Most people SLEEP at night. That's why those who pray are doing something special. Note: pray. NOT SLEEP. If you have to sleep, please remain on your bed, not on my shoulder. There is actually a saying that you should not pray when you are sleepy. So either sleep before and then come to the mosque, or please stay in your bed. 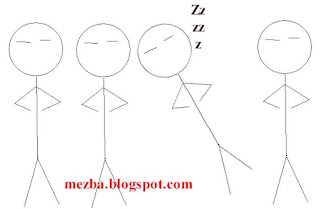 To desi FOB uncles: If you follow the above tips, I am sure you can make your experience and the experience of the rest around you a lot better.
Posted by mezba at 4:19 pm 17 comments: Links to this post

It's that time of the year again

It's that time of the year again. 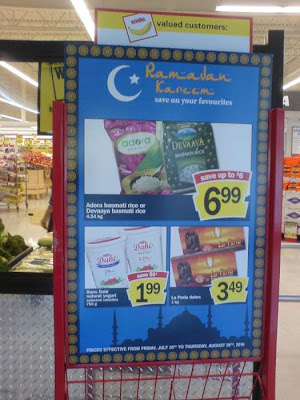 A flier outside a major grocery store in Toronto
It's that time of the year when a sip of Rooh Afza is the most pleasant moment of the day.

It's that time of the year when the Quran gets dusted and date sellers (the fruit kind!) go into profit.

It's that time of the year when more people visit the mosque in one night than the entire last month.

It's that time of the year people have been waiting the last 11 months for.

It's that time of the year that the sport of 'moonfighting' enjoys a revival.

It's that time of the year when blood banks get a major rise in donations.

It's that time of the year food banks do great business.

It's that time of the year the 'biriyani burp' is made into an art fashion.

A very blessed Ramadan Kareem to all my readers, family and friends. May the Almighty Allah accept all our fasts and worship and good deeds and shower all of us with His blessings.
Posted by mezba at 4:15 pm 15 comments: Links to this post

Email ThisBlogThis!Share to TwitterShare to FacebookShare to Pinterest
Labels: Islam

It was long weekend in Ontario, and we drove to Chicago with another friend and his wife for a "short short vacation", which is how we described our trip to the border officer. It was all last minute, and sometimes those are the best. 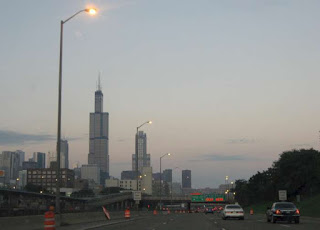 The first sight of the Willis Tower (formerly Sears Tower) on the way to Chicago downtown
Chicago is not a very vibrant city. In fact, it is the ultimate version of what a cold-hearted, materialistic, gritty, ugly American city could be. It seemed to be a city without a soul. At any one moment, you could imagine Al Capone and his gang bursting out of the shadows in a gang encounter. 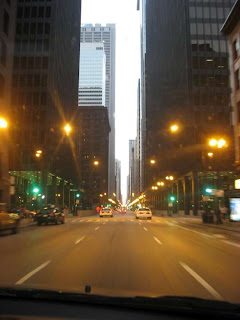 Driving downtown, Chicago was Manhattan, New York minus the glamour
Chicago is famous for its architecture, which was evident throughout the diverse designs of the buildings downtown. Each building was different from the next. It is not the cookie-cutter glass box design you see downtown Toronto, for example. 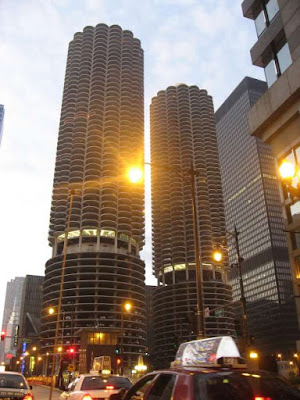 Check out the cars being parked at the base of this building!
We only had one full day (Sunday) to spend in the city, having reached there Saturday night and returning Monday morning. So on Saturday night, after relaxing for a bit at our hotel, we drove to Devon Avenue. This is a big street that has a lot of desi shops. It's a bit like Toronto's Gerrard Street but only bigger. Much bigger.

The next day, after an early breakfast, we drove to the Shedd Aquarium. The main purpose was not to see the aquarium and the fishes, but to capture the magnificent skyline of Chicago from the lake shore. 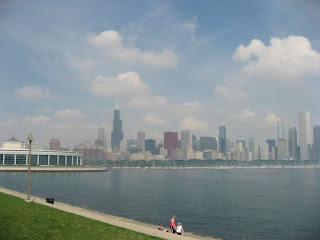 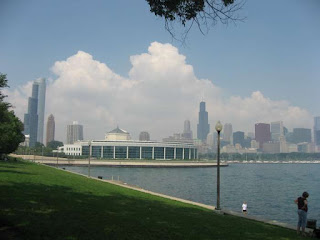 Then, it was on to the Willis Tower (although everyone still keeps referring to it as the Sears Tower). 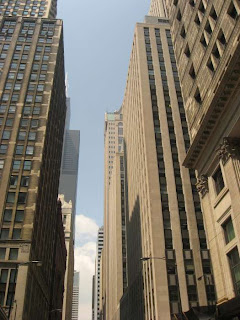 Driving downtown Chicago, again it seemed to be a post-apocalyptic city with everyone going to work like bees and concrete everywhere one could see 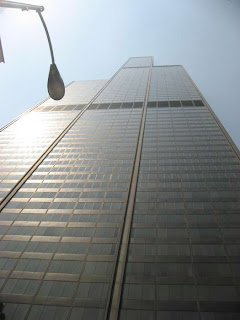 The Willis Tower was tall, very tall - it didn't seem to be that big from the distance!
Inside the tower, as you buy your ticket and make your way to the elevator that takes you to the top, there's a comparison wall with various other structures. 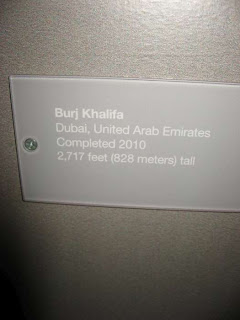 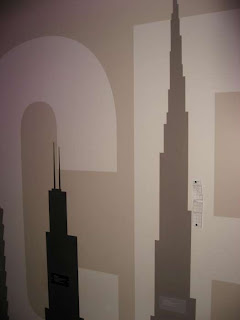 A comparison of the Willis Tower and Burj Khalifa
You can imagine just how big (gigantic) the Burj Khalifa is! It leaves everyone gasping for breath. The views of Chicago from the viewing deck is similar to views from up any other tall building. 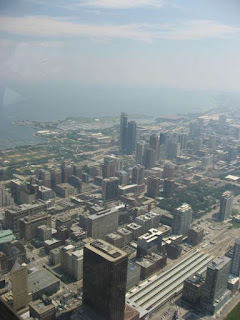 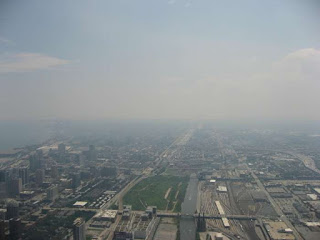 On a clear day you can see up to four states and up to 50 miles away - when we went it was hot, very hot and so a bit smoggy 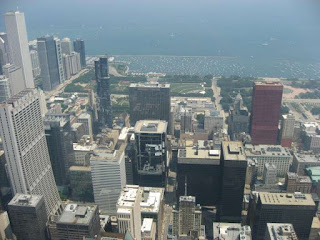 The Willis Tower had something rather new. It was a glass box, placed outside the building! It's like the glass floor on the CN tower, but this is a whole area, a whole section, placed in the air! It's merged with the viewing deck. 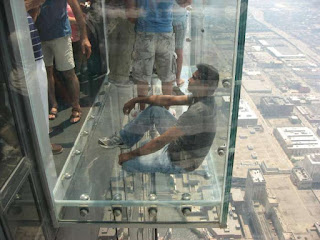 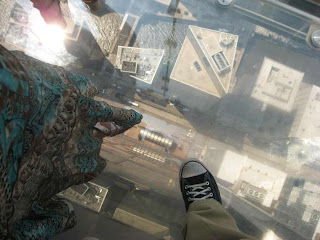 You look straight down 600 metres! 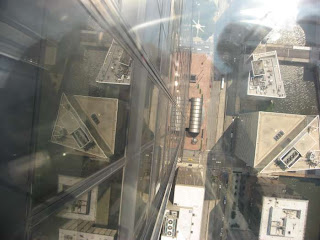 Surprisingly it wasn't that scary - I wonder if that's because it felt like part of the viewing deck, only with a glass floor!

Ever heard of Fazlur Khan? He is the chief architect behind the Willis Tower as well as various other skyscrapers. And he is a Bangladeshi! 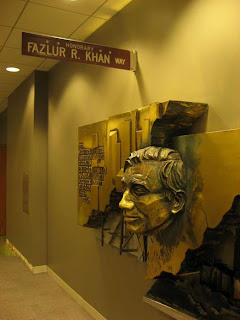 After all this, it was time for lunch. And what better way to spend lunch than to try Chicago's famous deep dish pizza. We went to Giordano's - one of the pioneers of stuffed pizza and tried their veg-spinach pizza. It was delicious! You get filled after one slice - each slice is like having two pizzas! 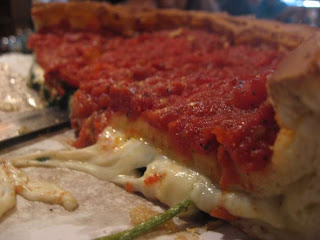 One last item was left on our agenda. Millennium Park, featuring the Cloud Gate. This is a public sculpture by Indian-born British artist Anish Kapoor, and is the centerpiece of the AT&T Plaza in Millennium Park.

(Sidenote: so, the two famous Chicago landmarks are desi-designed?)

We had a lot of fun at Cloud Gate, where we took various pictures in all types of poses (and everyone was doing the same). I wish, ever since visiting Europe and New York, we had more famous public squares and parks and famous huge sculptures in Toronto. Instead, we have Yonge-Dundas Square. 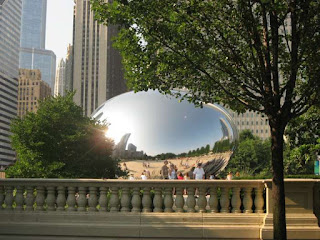 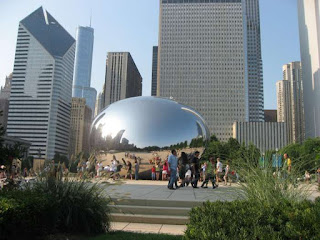 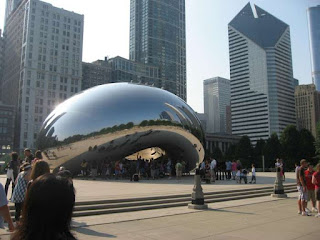 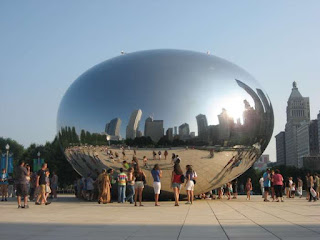 So, all things combined, it was a fun trip, and one day was more than enough for Chicago. We had a great time and it was a nice trip. However, it's not a city that holds any special attraction and one you can easily skip from your US itinerary without missing a thing. Except, perhaps, the pizza.
Posted by mezba at 9:54 am 17 comments: Links to this post