This summer I had the opportunity to visit Boston. I had always wanted to see this city - one of the few American cities with actual history (the American Revolution originated in Boston in the 1770s). Our hotel was right downtown, and I found out that Boston is a very small, walkable city. 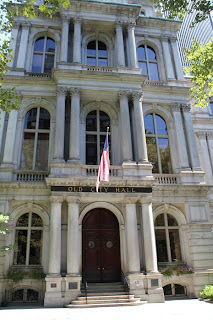 This was the Old Boston City Hall, one of the first buildings built in the USA in the French Second Empire style of architecture. Of course, it also housed a famous steak house (mmm ... steak!).

Boston has what is called the "Freedom Trail". 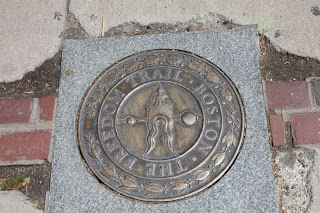 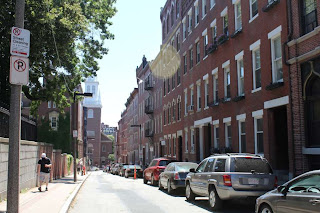 This is a red trail engraved (or marked) along the pavement that goes all around Boston and stops at each significant landmark connected to the American Revolution. So you can start anywhere on this trail and when you are done, you have walked around Boston and seen their most important sights. Highly useful for OCDC tourists like me!

Below is The Old South Meeting House (built 1729) that gained fame as the organizing point for the Boston Tea Party on December 16, 1773, and the Old State House, where the British massacred Americans (not quite the "special relationship" then). 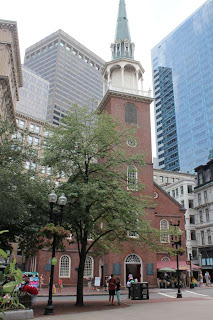 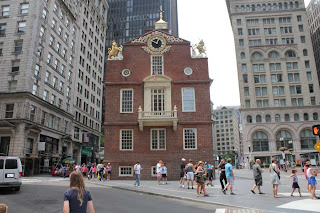 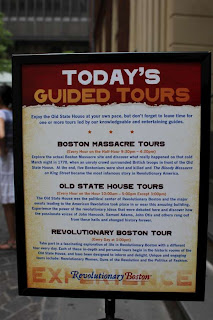 The weather was great, and I walked over the Feneuil Hall and Quincy Market. 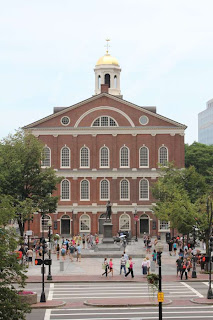 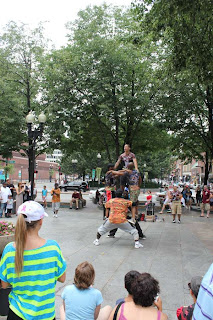 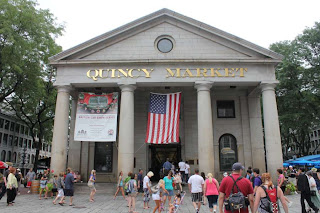 It did not feel like I was visiting New England, as famous for its cold winters as it is for seafood cuisine. The temperature was in the high 30s (celcius) and everyone was out in the street in the bare minimums. There were street performers and everyone was eating on the patios. I felt like I was in Los Angeles. 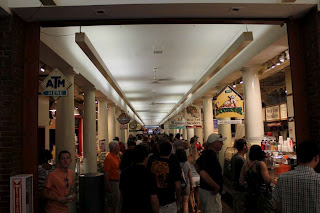 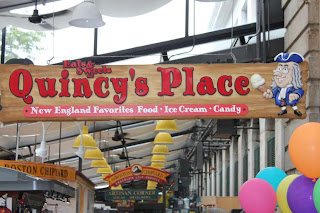 Boston also has the oldest restaurant in the United States - the Union Oyster House. 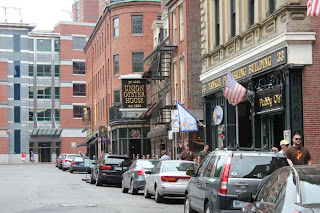 I loved it so much I went there twice during our stay.

Speaking about food, I had some of the best seafood dishes I have ever had in North America. As a Muslim, you have to be careful though - even though all seafood is allowed in Islam, in Boston what passes for seafood may not be seafood! For example I was surprised to find that the famous clam chowder (which you would think would have, oh I don't know, clam) contains pork. So I had the fish chowder instead. Shown below is my favourite - the shrimp and scallops at Union Oyster House, the soft shell crab at this place whose name I don't remember, and the tuna special at Legal Seafood. 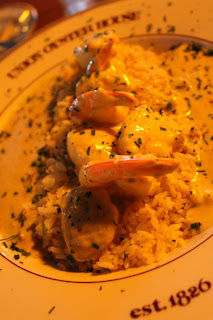 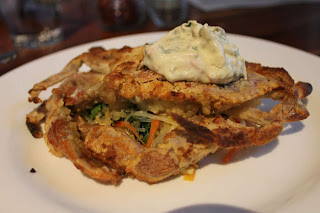 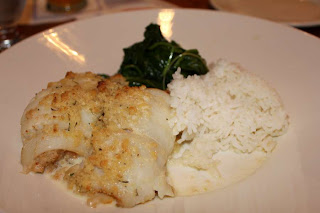 Boston is also famous for two institutions of higher learning, the Massuchussets Institute of Technology (MIT) and Harvard. 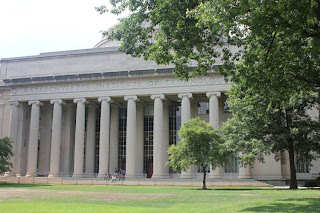 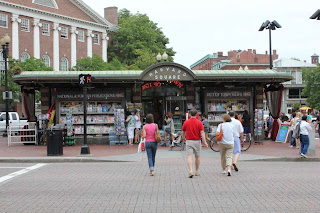 I was really impressed with MIT. I visited their labs (everything is open and you can walk in anywhere) and their research looked like it was 20 years ahead of the rest of the world. Then I realized the high, high, high tuition amount kids at these institutions pay to attend.

I love cities with rivers in them - it adds to a dynamic and vibrant scene, especially in the summer. 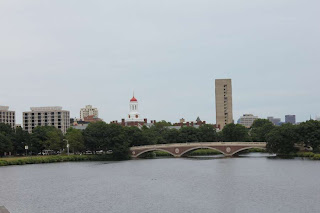 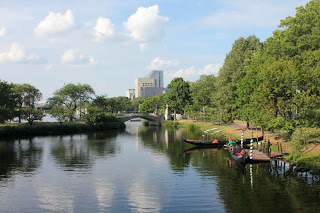 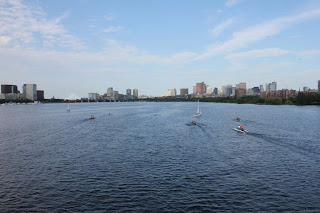 Overall, Boston is one of those American cities with a lot of character. It's small enough to be cosy, yet offers a lot to do in 2-3 days.
Posted by mezba at 11:03 am 12 comments: Links to this post