So the group stages are over, and the knockouts begin tomorrow. Before I give my Round-of-16 predictions, let's see how I did over all with my group stage predictions.

To be honest, I made the Egypt prediction before Mo Salah got injured in the Champions League final, so he was a non-factor for Egypt's first game. He managed to score in the games he did play, so one wonders what would happen had he been 100% fit. Then again, Egypt lost to Saudi Arabia. How do you manage to do that? And what the heck happened to Russia?  Home advantage, wow.

I think no one imagined the resistance that Morocco or Iran would provide but in the end you have to score goals. That was their weak point - finishing.

I had originally said Peru despite Denmark's great strikers, and in the end it would come down to that missed penalty for Peru. Had they scored that, they would have gone through.

Hard to believe, but Argentina was as bad in the league stages as they were in qualifying. They only managed to qualify for the knockouts with a last gasp victory. I thought Messi would be a factor, but their defense was practically no defense.

Well, what can I say. I at least got the second position right!

So, as you can see, overall I did pretty OK with my predictions. Now let's come down to the knockouts that begin with the Round of 16.

Yes I am going against convention and form, but Argentina has got out of a pressure cooker situation and I believe they have enough in the tank to shock France, who has looked pedestrian even in their victories.

One man cannot win you the trophy, but if that one man is Christiano Ronaldo, he already has the Euro in his pocket. He is playing well, and his team is responding. Uruguay has not conceded any goal so far in so many matches, so this might come down to a magic moment. Or penalty kicks.

Mexico's 32 year old curse of being knocked out in the first stage of the knock outs will continue. Brazil simply has too much class and talent to be pipped at the post by Mexico.

I would like to say "Thank you Japan, for coming. Please go back to making Toyotas and Hondas".  But I think Japan has a ridiculous talent as a team for seeing the big picture and not panicking, and being ultra cool about it. I know Belgium is super talented, but sometimes you need luck and discipline. I think Japan might just, might just, pull off the upset here.

Russia's merry adventure will come to a screeching holt. They faced ONE quality team and were blown away. Now they will face Spain.

This is pretty hard to call as both teams boast excellent talent, rigorous discipline and a similar style of play. Croatia just has the extra oomph in their mid field.

Haha. You gotta hand it to England. They lost so they could win. Be a Baazigar. Let's see if it works out for them. They tried the same thing last Euros and got knocked out by Iceland. This time though, England look to be good. Very good.
Posted by mezba at 6:19 pm No comments:

As summer is here and the weather is gorgeous, we are always keen to find out things to do with kids outdoors, even if it is Ramadan. 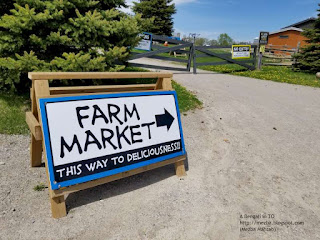 So what if it's hot and we can't drink, we can take the kids out for a picnic. Summer is something rare here and we had a good stretch of nice weather in May. 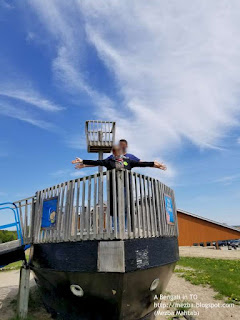 One of the places we took the kids out was to Brooks Farm. It's about half an hour drive up north, and the farm has a lot of activities for kids. 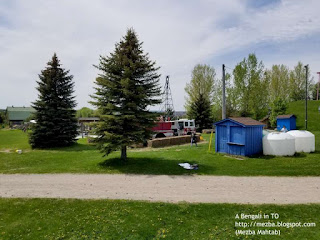 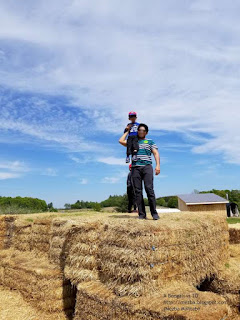 You can meet with some animals, take a wagon ride on the vast estate, go fruit picking (starting mid June), climb on to fire trucks, or jump in vast haystacks. 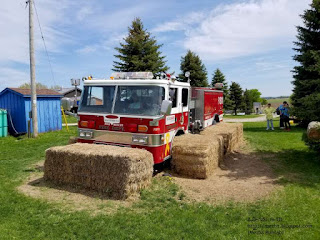 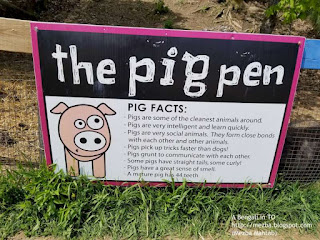 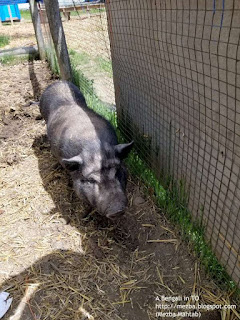 There's zip lining (for kids!) and even a mini water/splash park. Of course the most fun was jumping on the giant trampolines! 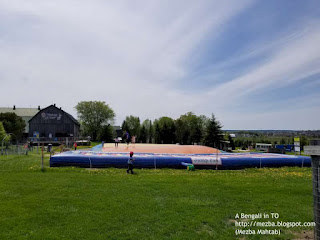 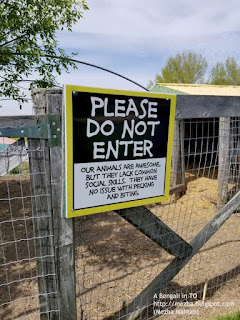 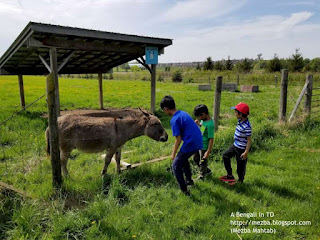 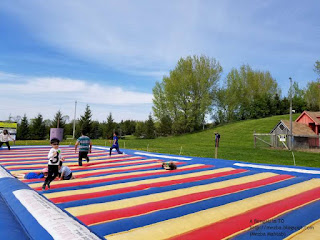 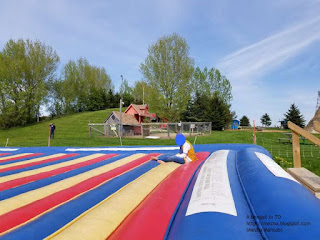 So do check it out. It's just a short drive from anywhere in Toronto.


I am the perfect undecided voter.

I like the local Liberal candidate in my riding, but I am extremely unhappy with the Liberals (or, as I call them, Lieberals). McGuinty (well, McGuilty) looked straight into our eyes and said there will be no new taxes, and then proceeded to levy a health "premium". And did our healthcare increase as a result? No! Our eye care went away, and then our hospitals are reduced to "hallway medicine". When Wynne came, we thought we would be spared from the scandals, but no. Mismanagement and extremely left wing policies spurred the deficit on. Spending money like it's going out of style is never a prudent fiscal policy. So it would be extremely unlikely I would vote Liberal.


So let me consider the NDP. With the mismanagement of Bob Rae still fresh in our minds (anyone remember Rae days?), the NDP had a chance to turn the leaf. Instead, their policy calls for a dubious buy back of Hydro shares that is fantasy (to be polite). Subsidized daycare for all? Why? It would be a boondoggle for the ages. And who knows how much my taxes would go up under them.

So let's take the PCs. Under Patrick Brown, I would have gotten roughly the 'good' parts of the Liberal policies, such as protecting the environment, having a sustainable wage, and commitment towards transit spending. Brown also spent a lot of energy making the PC party very diverse and broad. He was the first one to honour Bangladeshi Canadians and make a Bangladeshi night at Queens Park. It is not a stretch to say I probably would have voted PC had Brown been the leader.
Brown knew that people liked most of what the Liberals were doing, but not the Premier. So he offered change, but not too much change. And that is why he was popular. And that is why the NDP is now popular.

Now comes Doug Ford. A man with no plan. No way to know how he will pay for all of his outrageous promises. A man who likes Donald Trump (less said about him, the better). A man who is running for job as Premier without knowing basics of how laws get passed in this province. A man who proudly says in a debate "we have to protect our own" when talking about a program to ship immigrants to the north. A man who nixed the badly needed LRT plan in Scarborough (remember Transit City?). If not for the Fords, Scarborough would have had proper transit by now. This man now wants to run our province and he couldn't even run a city. So how can I vote for him?

So I am back to square one. And like me, how mant supporters did the PCs lose when Patrick Brown was set up and sabotaged? Who knows. Maybe it will be a moot point come election night. But boy, if it turns out the PCs get far less than what they expected, wouldn't it be fun?
Posted by mezba at 3:16 pm No comments: