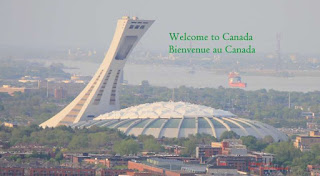 I have a lot of friends who are moving to Canada from the Middle East, so I have noticed the questions they ask sometimes follow a common thread. I thought I would pen this note down on some of the usual things to consider when uprooting your whole family from one place to Canada. This is specifically for moving to Toronto, but with a little change can apply anywhere in Canada.

This is probably part 1 of a multi part series.

Public education is free for all legal residents of the country and is funded by the province, and handled at the municipal level.

Schools in Canada are from September - June. During March, there is a week's break called March Break (also known as Spring Break). The exact dates of the breaks vary from school board to school board.  This is the Toronto school board calendar for 2017-2018.

Almost all public schools are of a similar standard.

In Toronto, the schools in North York are a bit better as the area is a bit more posh (and expensive). There are some schools that should be avoided as they are in areas commonly inhabited by refugees from poor countries and other people who are economically disadvantaged, so they have some issues (such as drugs, gangs). Although with time, those issues are being tackled, but you should be aware.

In Ontario, you can take a look at some rankings here.

Don't rely too much on them. Anything 5 and up is ok. You should always be dealing with a reputable real estate person (a realtor) who will be knowledgeable about these things, which brings me to my next point.

Toronto is divided into boroughs - Scarborough is generally affordable and ethnically very diverse. Downtown is very expensive. North York is good and expensive. I have no idea what's there in Etobicoke (sorry). If it were up to me, I would see North York and then Scarborough as an option to reside in.

Regarding availability of housing, May and June is when most people move or change residences in Toronto. So you will get lots of vacancies around that time, but also lots of people are looking so things get snapped up very quickly. So, for example, if you move to Canada in March, there should be less listings (less choice) but the landlord is more likely to negotiate the rent down.

You can rent an apartment, a condo or a house. An apartment is a flat in a building - the whole of which has been made to rent to renters. It's cheaper than a condo, which is also an apartment, but the building it's in is mostly owned by individual people, and not one corporation. Condos are more upscale than apartments, and expensive, and have facilities such as pools and gym.

All rent estimates I am giving below are by area, so better area = higher rent. Also, this is as of late 2017.

As I said, this is likely to be a many part series. In some other (future) parts, insha Allah I will talk about cultural factors, children, society etc. when you move in.

Check also my Dubai vs. Toronto series.
Posted by mezba at 11:27 am

It's been a long time since we last interacted. I am pleased to read your post because I see a lot of people talking good about Canada, and my own cousin has recently advised to apply for immigration there. I do not have a strong desire to move there yet. But who knows, If Allah sees it best for me and has planned this for me as my best life course, then His will will come to pass easily.

I am glad to hear about the free education system. I do wonder about the quality of this free education, though. It is seriously aimed at proper and best education or for just making the system look good? I ask because we have many government schools here, some of them free of cost. But quality of education is poor.


P.S. I am pleased to read your intro. Good you have mentioned 'devoted husband and a father'. A very peaceful thing to read. May Allah bless you and your family with khair in both the worlds and protect you all. Ameen.

This will really be helpful information for those wanting to make the move.

I do remember specifically commenting on this one. I wonder where did the comment go.